Final Musings: Benjamin Wallfisch’s romantic score pays fine tribute to his former mentor, Dario Marianelli. What we have hear is a lush, elegant work that builds off of familiar elements in music to express its story. It might fall short on expectations for some, but is definitely one of the more memorable highlights of its year.

Summer in February is one of those British period dramas of the post-Ivory Merchant world, following yet another tragic love triangle. But as recycled a concept it is, people clearly haven’t gotten it sick of it yet. With the success of Downtown Abbey, it shouldn’t be a surprise to see films like this pop up. The production even thought it fit to cast Dan Stevens in what is essentially the same role he played in the popular British soap opera. But aside from the serene landscapes and the chemistry between the actors, there’s nothing much that keeps this from being your average Sunday TV movie, for those who missed their soap.

Well, perhaps with one exception. Film music fans get the music, one of the film’s few redeeming factors. While Benjamin Wallfisch has yet to make his big splash in the film music game, his reputation still precedes him. Hailing from a line of musicians, the British composer established himself from firm classical roots. He went on to score several projects ranging from outstanding swashbuckling music for a stage production of Peter Pan to more modern works like Conquest 1453. But perhaps what he is most known for was his apprenticeship under famed Italian composer, Dario Marianelli, for whom he orchestrated many hit scores (Pride and Prejudice, Atonement and Jane Eyre to name a few). This was likely the most influential phase for his career, for this score shows it and may be seen perhaps as his love letter to his former mentor. END_OF_DOCUMENT_TOKEN_TO_BE_REPLACED

Final Musings: Escape From Tomorrow showcases Korzeniowski’s knack for overachieving compositional efforts. The score presents musical diversity from the Golden Age style string writing to electronic ambiance with great success. And although the length of the album and lack of a thematic core will disappoint some, the outstanding highlights makes this more than worthwhile.

Disney’s long established reputation as the “Happiest Place on Earth” was threatened by one particular film that seemed to be hogging all the spotlight this year at the Sundance Film Festival. Randy Moore’s Escape From Tomorrow follows a typical American family’s vacation to Walt Disney World, where every child’s dream turns out to be their disturbing nightmare. Almost satirical in nature, the film quickly rose to fame not only because of its strange content, but the strange nature in which it was filmed. Described by some as the ‘ultimate guerrilla film’, the project was filmed entirely on the amusement park grounds of Disney World and Disneyland without the permission and knowledge of the corporate giant. There was a lot of sneaking around, scripts being passed through iPhones and filming done largely on handheld digital cameras. Moore’s daring take on Disneyland and ambitious guerrilla techniques didn’t exactly produce a unanimously acclaimed film, it did rile up interest among critics. It won’t be long before Disney decides to sue, but in the meantime, the crew is enjoying the limelight. END_OF_DOCUMENT_TOKEN_TO_BE_REPLACED

Well 2012 has long come to an end and the world is still standing, giving listeners plenty of time to catch up with the scores 2012 had to offer. It was a year full of promising projects, ripe with great expectations. And yet, looking back, it’s hard to say that the year lived up to expectations. There were certainly stellar moments in parts, but ultimately, aside from The Hobbit (which in itself didn’t please everyone), there were no real stunners. Deciding on a final top 10 turned out to be an incredibly difficult task. It was hard to rank scores over the other simply because none of them warranted that kind of enthusiasm. Coming straight from the admirable strength of 2011’s out, 2012 ended up a disappointment. Having said that, there is still plenty to remember fondly. Let’s take a look back at the year when it was all supposed to end. END_OF_DOCUMENT_TOKEN_TO_BE_REPLACED

A decade ago, Peter Jackson’s phenomenal The Lord of the Rings trilogy secured its spot amongst the greatest of filmmaking achievements in cinema. Its epic scope, incredible attention to detail and many technical merits (not excluding Howard Shore’s stirring music of course) became the benchmark for not only the fantasy genre, but also great filmmaking in general. Satisfied with the success of his magnum opus, Jackson for some time has been avoiding the director’s chair for the inevitable adaptation of Tolkien’s other fantasy adventure, The Hobbit. But after years of production delays, and changes in management, fate made sure the project ended up in his hands regardless. It was a bold undertaking to say the least, and Jackson was certainly not leaving any stones unturned by experimenting with new 48 fps technology. Understandably, fans were a little nervous, and the decision to adapt such a small children’s tale into a trilogy sure wasn’t helping. Whether Jackson ultimately ended up extinguishing such fears however is up for debate.

The first film, entitled An Unexpected Journey, would present the beginning of modest Bilbo Baggins’ great adventure as he joins a company of 13 dwarves led by the vengeful Thorin Oakenshield to reclaim their homeland, Erebor, currently occupied by the vehement dragon Smaug. To say there were great expectations would be a massive understatement indeed, and considering the light-hearted nature of the source material, disappointment was inevitable. Despite success with audiences, critics were not so kind with this new trilogy, and perhaps with good reason. The film impresses visually, with its same high standard of acting, dazzling action sequences and impressive New Zealand vistas. But the final product is far from perfect. The bloated nature of the film owes itself to the poor pacing (the real adventure doesn’t get started till the second half), needless Tolkien fan-fiction and the strangely conflicting nature of the juxtaposition of both the comedy of the source material and the darker atmosphere of The Lord of the Rings. It’s an enjoyable feature, but a flawed one at that. END_OF_DOCUMENT_TOKEN_TO_BE_REPLACED

Final Musings: Anna Karenina offers a colourful array of Slavonic elements that once again display Marianelli’s usual degree of technical precision. Largely consisting of a series of waltzes and other forms of chamber music, the score requires time to take in and appreciate. And while it can be a rewarding experience in the end, it would have been nice to have heard some larger scale material from the ever talented composer. As it is, its a masterfully crafted work that you might not find yourself returning to very often.

Leo Tolstoy’s Anna Karenina has often been considered one of the greatest literary works of realist fiction. Accordingly, the classic tale has seen countless adaptations on the big screen and after having earned great financial and critical success with period pieces like Atonement and Pride and Prejudice, director Joe Wright moves on to place his mark on the beloved Russian novel. Bringing back much of the crew that heralded his earlier triumphs, Wright sought to deviate away from the atypical nature of such costume dramas and dazzle viewers with his new interpretation. The result expectedly impressed critics although left some of the more traditionalists cold as they found the production to prefer style to heart. Regardless, the film will certainly garner a fair amount of attention during awards season.

And a Wright period piece would of course not be complete without composer Dario Marianelli waving his baton behind the screens. Marianelli’s music has often played a key, indispensable role in the director’s previous films, and to nobody’s surprise, the trend continues with Anna Karenina. The Italian composer is one of the most intelligent and admirable composers working in the industry today. His European sensibilities and elegant classicism offered a refreshing voice amidst tiring Hollywood conventions. Although his true gems lie in his darker fantasy material, Marianeli’s career lifted off the success of period pieces like Pride and Prejudice. With Anna Karenina being yet another one of those ventures, expectations were rather high for this score. END_OF_DOCUMENT_TOKEN_TO_BE_REPLACED

Final Musings: Much of how you feel towards Horner’s self-borrowing tendencies will determine how you feel towards this score. Pulling pages directly from past works like The Four Feathers, Avatar, The Missing, Braveheart and Titanic, it will be tempting for some to throw the score out the window. But despite its lack of originality, Horner shows once again how capable the composer is of putting together great music. With an intelligent execution of musical colours, thematic development and emotional resonance that is expected of the man when it comes to projects like this, listeners may find it hard to not enjoy this work. For what this score lacks in originality, it makes up for in sheer gratification.

Old fashioned Hollywood style epics like El Cid and Lawrence of Arabia are just not made anymore. They had to back down to make way for the heights of today’s CGI giants. But every now and then, some foreign production will try to relive the glory days of the once beloved genre of film, sometimes with great success. For Greater Glory is such an attempt, although perhaps without the success it aspired to achieve. The film is the directorial debut of veteran visual effects supervisor Dean Wright, a man whose name is attached to gargantuan blockbusters like Titanic and The Lord of the Rings. Set it in Mexico, the narrative sheds light on the unsung rebellion that came of the Mexican government’s persecution of the Catholic Church; also known as the Cristero War. Having signed on stars like Peter O’Toole and Andy Garcia, Wright certainly hoped to have quite a lavish production laid before him. And while the picture was praised for its ambitious scope, it was ultimately bogged down by paper-thin characters, a poorly written screenplay and overbearing pro-Catholic overtones, consequently passing into relative obscurity without making much of a splash.

On the bright side, the film gave composer James Horner the chance to score yet another grand scale ethnic drama, which is always a welcomed affair. Now, anyone who’s rather familiar with Horner’s body of work should be aware of his aggravating “self-borrowing” tendencies. One can’t help but wonder how the composer thinks he can get away with so many rip-offs of his classics over the years, but he seems to be fine with it. Accordingly, there seems to be two major schools of thought that Horner fans have assembled themselves into. One consists of those who have become tired of Horner’s recycling and seeing no end in sight, they’ve dismissed him as a talentless hack who’s trying to relive the glory days of his career. On the other hand, we have those who have chosen to accept the man’s flaws and embrace his reuse habits as if his selective group of motifs and themes are being developed throughout his career as an ever evolving symphony. Where you lie in the matter more or less dictates how you’ll feel about this score.

END_OF_DOCUMENT_TOKEN_TO_BE_REPLACED 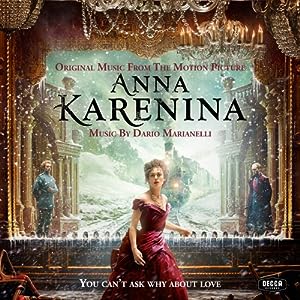